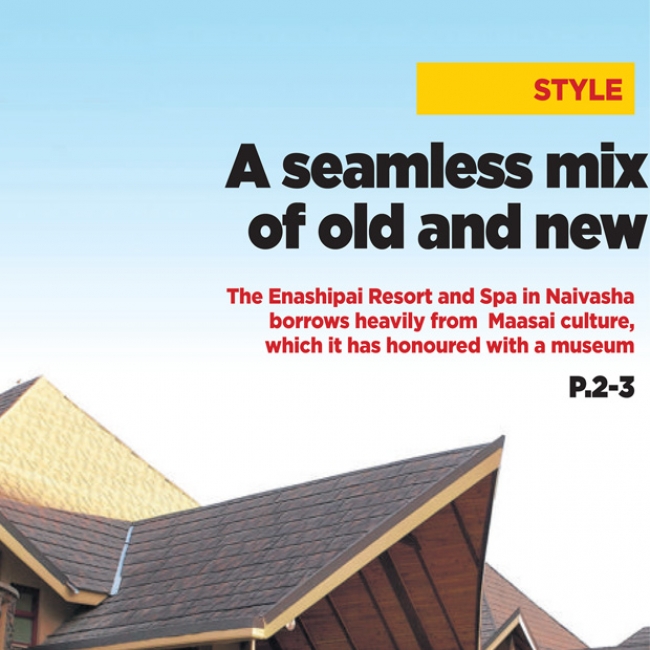 Seamless mix of old and new

Enashipai was honoured to be featured on the DN2 Article dated February 27th, 2014 titled “A Seamless Mix of Old and New”. Here is a sample of what they wrote.

“When the developers of Enashipai Resort and Spa setup the five star facility, they decided to pay tribute to the Maasai by also having a Museum that portrays the community as it sees and defines itself”